The book asks how theatre contributes to and/or addresses the political condition in the contemporary moment, how does it represent the complexity of experiences in peoples’ daily lives and how does theatre engage in forms of political ... 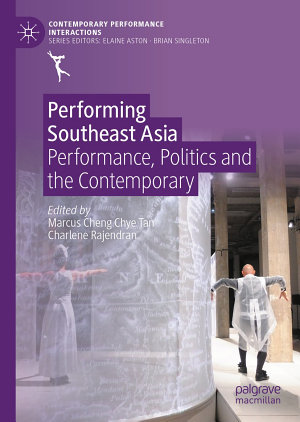 Performing Southeast Asia: Performance, Politics and the Contemporary is an important reconsideration of the histories and practices of theatre and performance in a fluid and dynamic region that is also experiencing an overarching politics of complexity, precarity and populist authoritarian tendencies. In a substantial introductory essay and essays by leading scholars, activists and practitioners working inside the region, the book explores fundamental questions for the arts. The book asks how theatre contributes to and/or addresses the political condition in the contemporary moment, how does it represent the complexity of experiences in peoples’ daily lives and how does theatre engage in forms of political activism and enable a diversity of voices to flourish. The book shows how, in an age of increasingly violent politics, political institutions become sites for bad actors and propaganda. Forces of biopolitics, neo-liberalism and religious and ethnic nationalism intersect in unpredictable ways with decolonial practices – all of which the book argues are forces that define the contemporary moment. Indeed, by putting the focus on contemporary politics in the region alongside the diversity of practices in contemporary theatre, we see a substantial reformation of the idea of the contemporary moment, not as a cosmopolitan and elite artistic practice but as a multivalent agent of change in both aesthetic and political terms. With its focus on community activism and the creative possibilities of the performing arts the region, Performing Southeast Asia, is a timely intervention that brings us to a new understanding of how contemporary Southeast Asia has become a site of contest, struggle and reinvention of the relations between the arts and society. Peter Eckersall The Graduate Center City University of New York Performing Southeast Asia – with chapters concerned with how regional theatres seek contextually-grounded, yet post-national(istic) forms; how history and tradition shape but do not hold down contemporary theatre; and how, in the editors’ words, such artistic encounters could result in theatres ‘that do not merely attend to matters of cultural heritage, tradition or history, but instead engage overtly with theatre and performance in the contemporary’ – contributes to the possibility of understanding what options for an artistically transubstantiated now-ness may be: to the possibility, that is, of what might be called a ‘Present-Tense Theatre’. C. J. W.-L. Wee Professor of English Nanyang Technological University Performing Southeast Asia examines contemporary performance practices and their relationship with politics and governance in Southeast Asia in the twenty-first century. In a region haunted historically by strongman politics, authoritarianism and militarism, religious tension and ethnic strife, the chapters reveal how contemporary theatre and performances in the present reflect yet challenge dominant socio-political discourses. The authors analyse works of political commitment and conviction, created and performed by Southeast Asian artists, as modes and platforms of reaction and resistance to the shifting political climates that inform contemporary life in urban Southeast Asia. The discussions center on issues of state hegemonies and biopolitics, finance and sponsorship, social liberalism and conservatism, the relevance of history and tradition, and globalisation and cultural practice. These diverse yet related concerns converge on an examination of the efficacies of theatre and performance as means of political intervention and transformation that point to alternative embodiments of political consciousness through which artists propose critical options for rethinking the state, citizenship, identity and belonging in a time of seismic socio-political change. The editors also reframe an understanding of ‘the contemporary’ not simply as a temporal adjective but, in the context of present Southeast Asia, as a geopolitical condition that shapes artistic and performance practices. 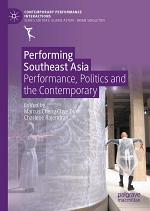 Authors: Marcus Cheng Chye Tan, Charlene Rajendran
Categories: Performing Arts
Performing Southeast Asia: Performance, Politics and the Contemporary is an important reconsideration of the histories and practices of theatre and performance in a fluid and dynamic region that is also experiencing an overarching politics of complexity, precarity and populist authoritarian tendencies. In a substantial introductory essay and essays by leading 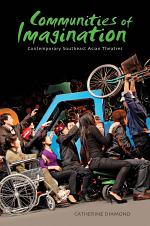 Authors: Catherine Diamond
Categories: Performing Arts
Asian theatre is usually studied from the perspective of the major traditions of China, Japan, India, and Indonesia. Now, in this wide-ranging look at the contemporary theatre scene in Southeast Asia, Catherine Diamond shows that performance in some of the lesser known theatre traditions offers a vivid and fascinating picture 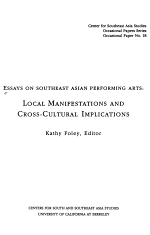 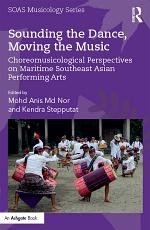 Sounding the Dance, Moving the Music

Authors: Mohd Anis Md Nor, Kendra Stepputat
Categories: Music
Performing arts in most parts of Maritime Southeast Asia are seen as an entity, where music and dance, sound and movement, acoustic and tactile elements intermingle and complement each other. Although this fact is widely known and referenced, most scholarly works in the performing arts so far have either focused